On Sat (the 17th) I mostly changed brakepads on motorbike.

Rear ones first which really needed changing. I had felt them grate a little in past couple of weeks. When I took them off they still had a thing but full sliver of pad on them so they looked okay.


Really hard to push the  piston on the back wheel back. I opened the nipple on the caliper near the piston but that might be incorrect. Bent a clamp pushing in the piston. Sqeezed pads in and caliper on okay. Stan came when I was doing the front and we took the lid off the brake fluid resivoir. 4 pistons on front. I cleaned them with WD40 as much as possible. One side was much more gunged. Squeezed back using large mouthed pliers. Oops oil spill from resivoir into mittens.

Result seems okay. Front brakes are squeezing wheel though. Also front right mitt is just catching front brake lever a little. Might be a little tight. Back wheel is free.


Was a wet day today. First proper wet day in ages. Rained on and slightly damp in morning. M50 to and from work.
Posted by James Coleman at 16:20 No comments:

Email from John from Oz. They're doing lots of trips and touristy things with Mum and Noreen. I replied with out news.

I didn't tell him I got a cold :( I've an annoying cough. MBleh! :(
Was out with exCommProve people Friday.
Cycled in and out of town.
Buenos Aires Grill. Mmmm Empanadas de carne. Mmmm Guarnacion de something ribe eye :). Pavlova was just merangue, hmmm not mmmm. Off to the very loud globe after that.

On Sat I mostly changed brakepads on motorbike. Lots of housework. Some kids clothes had tricky stains on them. Some gardening and picking up rubbish on green on Sunday. Fionn brought Daire to soccer and also brought girls and Jaliah with scooters +roller blades. I cooked risotto.

Fionn was at residents meeting this evening.
The digging up of the green is nearly over now.
Big slice still fenced off but it's growing newly sown grass now.
(rising water main from Stillorgan resivoir to higher ones for feeding all the loads of new construction in Sandyford area)
Also being installed is some playground equipment.
Hopefully it survives being constructed - older kids break in and are all over it the whole time.
It seems to be surviving alright anyway.
The little digger building the playground had windows broken - someone threw a firework in apparently. Hmm.
Lots fireworks already for a few weeks now.

We're off to Cobh next weekend to visit Dad Sat then Limerick Sunday afternoon after Sunday dinner,
Daire's off with scouts camp in Larch hill for Halloween. That's the weekend following.
Kids are good.
Daire's busy - Soccer is new, tough as he's playing under 12s to be in same squad as a friend.
He's over on the MUGA loads with his friends.
Kate's really good at the gymnastics. She did some for show and tell in school and she teaches us some at home too :)
Kate's doing the recorder too ... starting to string some notes together with about the right sound and timing on occasion.
Maeve does the gymnastics too now. She started doing it on the side whenever dropping or collecting Kate.
The first week she was cross because she said they all said she was the smallest.
We had to leave her down gently and explain she was the smallest (by at least a half a head).
The others were all lifting her up too.
She's accepted/forgotten it now "someone has to be the smallest".
She's great in school, tells us lots about it.
Her best friend is a Lily too.
Posted by James Coleman at 16:09 No comments:

AES stick-tutor guide and Cryptonomicon and jwz and duct tape

Posted by James Coleman at 17:28 No comments:

Posted by James Coleman at 17:18 No comments:

notes on how to run cron and locatedb windows

Posted by James Coleman at 17:04 No comments:

I got my motorbike seat leather repaired and Stan's seat too.
Done in one day. 60 euros each.
Very fast :) Good job.
John in Kilnamanagh in Tallaght. 1 Pine Tree Crescent.
Liam in LME Motorcycles (01) 2830195 passed on John's number to me. 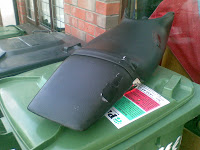 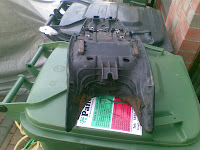 Posted by James Coleman at 17:35 No comments:

The 1911 Irish Census has been digitized.
Interesting to take a look, census for Ashgrove, Cobh, Co. Cork.

Cunningham's Walsh's Connell's own their own place. Beamish is landholder of the rest. Walsh's is house thatch.

All houses Roman Catholic except Beamishes, Hawkins the Coachman and one of the Grooms. 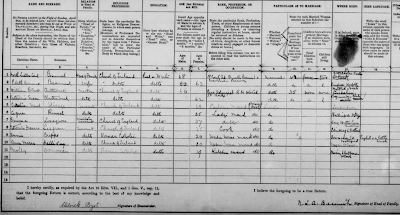 30/9/2009
title: Two Weeks with the Queen
author: Morris Gleitzman
A book Kate had home from school. Daire and Fionn read it too.

Colin gets a lovely pair of new shoes for Christmas but he wishes he got a microscope that he asked for. His younger brother Luke got what he wanted. A toy MiG jet fighter. Luke gets sick and he has cancer. Colin is packed off to England to stay with relatives. He doesn't want to go but looks on this as a good opportunity to find the very best doctor that will be able to cure Luke.

Colin proves indominatable. He tries direct tactics first and keeps on going even when efforts to meet with the Queen and eminent doctors are not successful. He makes some friends and gives and receives help. Very very funny and also a very touching story.

Posted by James Coleman at 16:21 No comments: